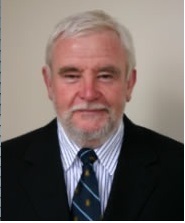 Initial training was in New Zealand followed by specialty training in London, Harvard Medical School Boston, and Sloan Kettering Cancer Centre in New York City. Professor Shaw has been a consultant surgeon in the Auckland area since 1984 and has performed several thousand surgical operations. Principal areas of expertise are in thyroid, parathyroid, parotid, submandibular and other salivary gland surgery along with the management of neck lumps. He is also an expert in the management of early and advanced malignant melanoma along with other skin cancers.

Between 1990 and 2000, Professor Shaw was Senior Examiner in General Surgery for surgeons training in general surgery in New Zealand. He is the sole New Zealand member of the James IV Surgical Society (previous members being Sir Brian Barrat-Boyes & Sir Archibald McIndoe), a surgical society limited to 100 surgeons world-wide.

Professor Shaw is the author of over 100 publications on surgical matters, and has delivered and continues to deliver presentations both in New Zealand and internationally.

The thyroid gland is an endocrine organ in the midline of the neck, just below the Adam's apple. It consists of a right...

Melanoma is one of the least common types of skin cancer but because skin cancer is especially common in New...

There are three pairs of major salivary glands located in and around the mouth and throat: the parotid, submandibular...

The presence of a lump in the neck is a common clinical problem. Characteristics that help diagnose neck lumps...

Neck Dissection is an operation designed to remove groups of neck lymph nodes for treatment of cancer that has...

A pharyngeal pouch is an out-pouching of the pharynx at the level of the junction between the pharynx and oesophagus...